Here for your viewing pleasure is the official Hall of Shame for past Mandolin Cafe spoofs, most made on April Fool's Day.

In a move legal scholars are calling unprecedented, Gibson Brands, Inc. has filed suit against itself. 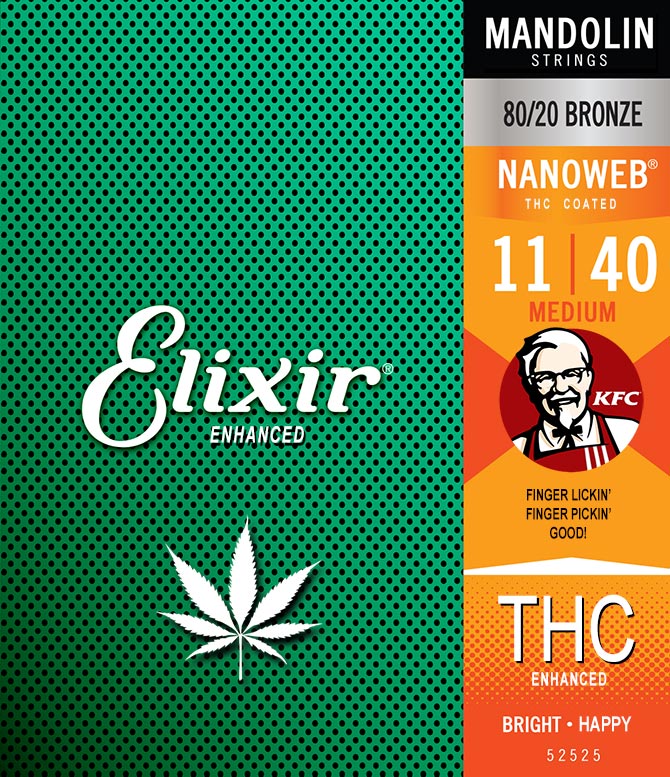 Being soy-based, GreenChip Picks™ are safe for consumption and are vegan, lactose-free, gluten-free and come in three vibrant flavors: cucumber, mint and lime daiquiri (non-alcoholic).

Finally, an idea whose time has come. 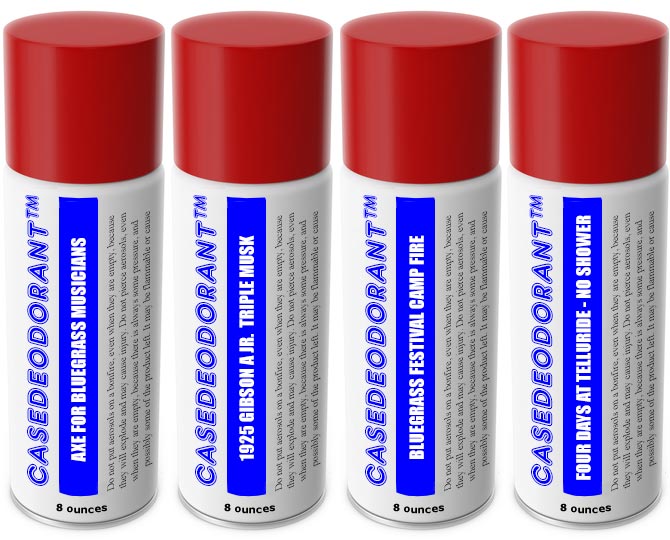 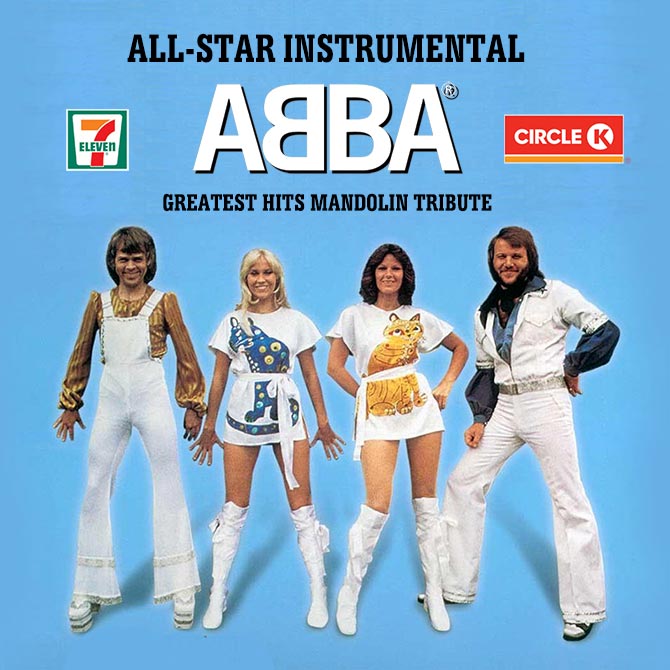 So THAT'S where all the banjos went... 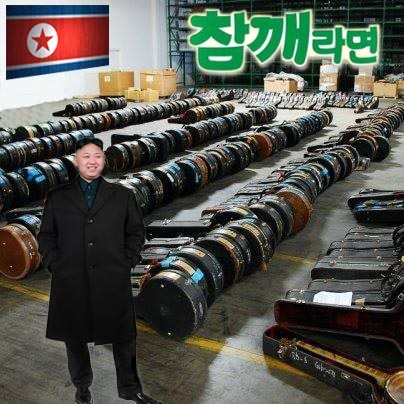 Let's think about this for a second... Madonna and Cracker Barrel. Got it. 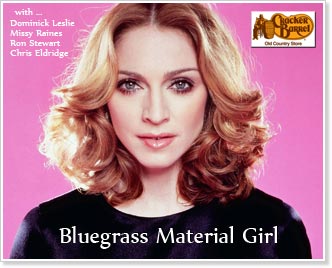 CNN has announced a major shake-up in the 2014 Kentucky Senate race with newgrass legend Sam Bush announcing his candidacy for the position currently held by U.S. Senate Republican Leader Mitch McConnell. The announcement was made on Wolf Blitzer's news program The Situation Room. 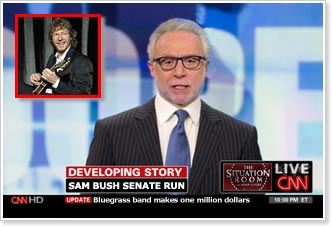 Music Link, Inc., makers of The Loar Mandolins have announced an April 8, 2013 launch of The Loar "Unsigned" series of mandolins. 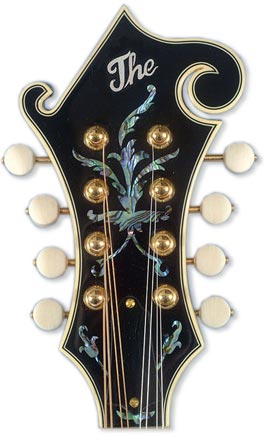 We always wanted to be found on a search for "Lady Gaga and mandolin," and now we are.

Collings Guitars and Mandolins has announced the addition of a new member to their mandolin family of instruments, the Collings Fretless Bass Mandolin (Model BMF) with the prototype to be on display at the Summer NAMM show in Nashville, Tenn., July 21-23, 2011.

Everyone that saw this had the same complaint: "you put the banjo player too far to the front!" This image was subsequently picked up and printed on t-shirts by Ken Cartwright Music. 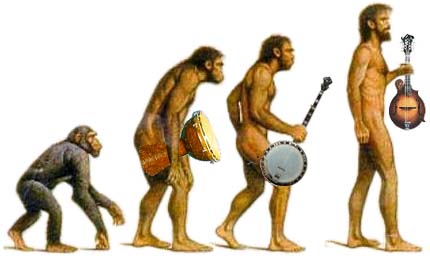 In April of 2001 the Chicago Art Institute stunned the art world with the finding of a rare new version of Grant Wood's famous masterpiece. Really. 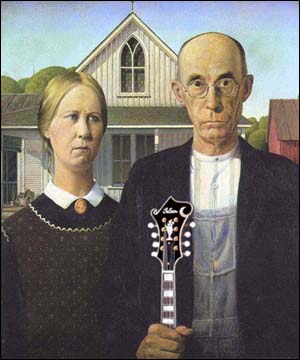 Nike announces bold move into the music industry with purchase of Mandolin Cafe. We make fun of mandolin players too, like why can't we ever get them in tune.

We had offers from about a half dozen people on my message board wanting to know where they could purchase these... on April 1 no less! "Learn mandolin in three easy lessons! As heard on O' Brother!" Then five years later a Dummies for Mandolin is actually published! 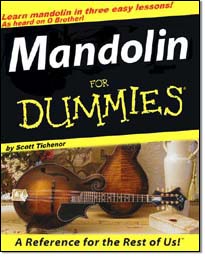 The real reason John Brown died. Those mandolins from the east were as bad as a Pacific Rim import! Click image for larger version or hit this link. 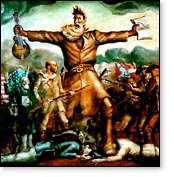 This phony poster we posted on our forum didn't sit well with a few Monroe fans. 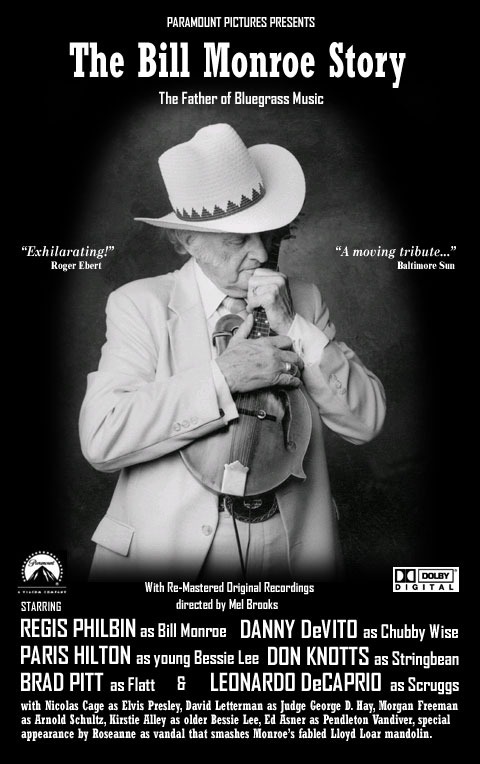 Bass Pro Mandolins, our 2006 April Fools entry. And no one got angry at us this year!